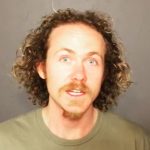 Billie Sky Rudd identifies himself as the Yogi Rapper. With this, he combines his lifestyle as a dedicated yogi with the art of hip-hop. Yogi does this by infusing transcendental topics and concepts into his music.

Using industry-quality production and next-level beats, he showcases his sacred mantras and beautifully demonstrates his lyrical talent so that he can make a mark on the listener. With his songwriting process, Yogi shares “Sometimes, I create songs for a purpose; others are just formed from the ether as the inspiration comes”. He immerses himself in nature so that he can generate his creativity and transform thoughts and emotions into melodies and lyrics.

Yogi’s latest single ‘Conflict’ is about the strife that is facing the nation right now. The song focuses on the political atmosphere and the struggles each of us are having with our fellow humans. When asked how he thinks his audience will connect with the song, Yogi says “We all have that internal struggle we are going through as we try to live life in this world right now”.

Yogi’s sound combines cutting edge production with gripping lyrics. Additionally, his musical influences are Z-ro, Twista, Busta Rhymes, Ludacris, and Tool. He has an album in the works called $timulus 2. It’s a follow-up on his most successful album, $timulus.